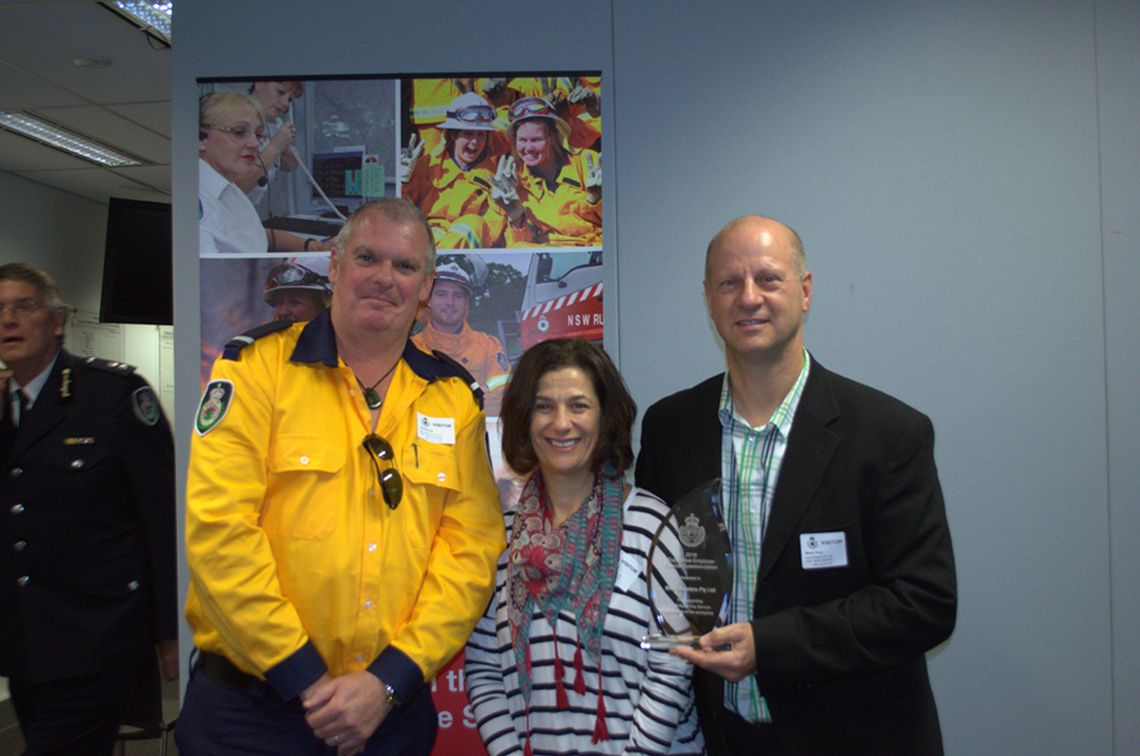 Our amazing Sales and Operations man of the moment, Colin Burrow became a Volunteer fire fighter joining the NSW Rural Fire Service in 2013. When he asked us if we had an issue with him doing this, we said “of course not – but your safety comes first”. Ever since, we have supported him on his path of training and volunteering which has led to him becoming a Deputy Captain, Empire Bay/Bensville Brigade Unit.

We flew up to Sydney to attend the presentation and were lucky enough to be taken on a special tour of the Sydney Head Quarters response unit which was extraordinary. It was very quiet on the day but I could well imagine the frenetic scene of a bushfire emergency. Bushfire season causes all Australians anxious times whether living in the path of a bushfire or reading about the aftermath. Our volunteer fire fighters put themselves at risk for others and as employers we take our hat off to the lot of them!

Col was directly involved in the 2013 Blue Mountains bushfires when NSW declared a State of Emergency – and this was his first foray into volunteering. He has also attended many house fires, car fires and accidents, and sometimes he assists the Ambo’s with their patients. I asked Col what made him step up to do this in the first place? His simple response: “To help the community in a time of need.”

When we – as his employers, are talking to him on the phone from Melbourne and we hear his pager’s loud beep, we simply say “stay safe” and always make sure we call him later to check that he is all good.

Thanks for nominating us Col and thanks for keeping our communities safe – you are quite the role model.

Puppies have 28 teeth and normal adult dogs have 42.

Dogs curl up in a ball when they sleep due to an age-old instinct to keep themselves warm and protect their abdomen and vital organs from predators.

Unlike humans who sweat everywhere, dogs only sweat through the pads of their feet.