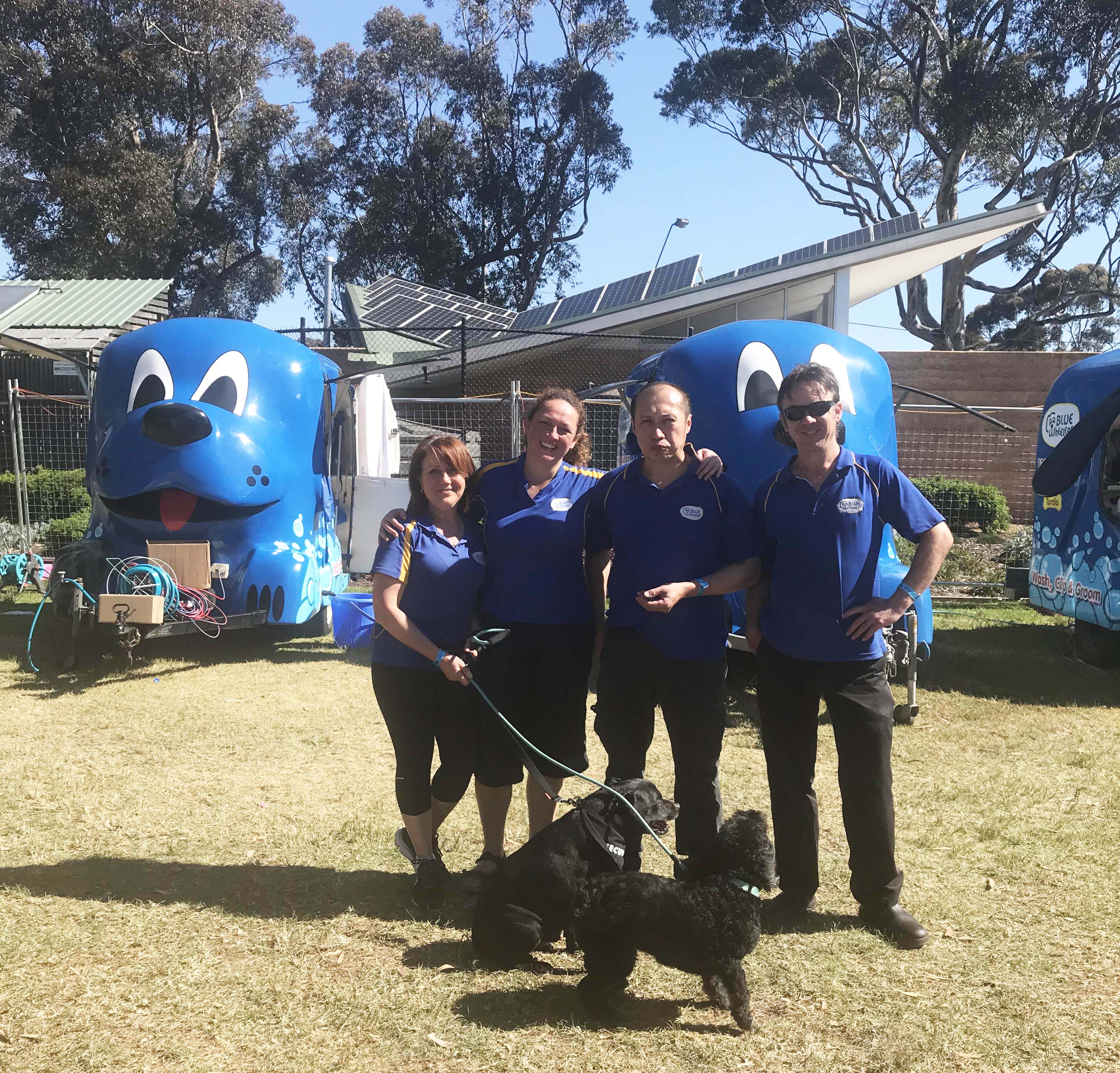 The sun was shining and the dogs’ tails were wagging up a frenzy  last Sunday at Dogapalooza 2017, Melbourne’s premiere Dog and Music Festival.

For three consecutive years Blue Wheeler Groomers have rolled up their sleeves to wash dogs to raise funds for Oscar’s Law,  a not-for-profit volunteer organisation, dedicated to abolishing puppy factories in Australia.

Each year we have managed to break our own record with year’s tally topping $1170.  Blue Wheelers hands over 100% of earning on the day.  Four of our fabulous Blue Wheeler team washed dogs for six hours straight at Sunday’s event:  “I was happy to be part of it, especially knowing a few more dogs will get to live a happier life” Tracy, Blue Wheelers Rowville.

“I have seen this Festival grow from year to year, both in terms of attendance and in organisation.  It is a vegan friendly, music festival where dogs can enjoy the day as much as their owners and they do!”,  commented Janie, Blue Wheelers Marketing,

While the hair was flying and the water was spraying, we listened to this year’s music line up which included:  Deborah Conway, LANKS, Abbie Cardwell, DJ Fleetwood Mac and Evangeline, and the dogs tried their best to sing along.

See you all at Dogapalooza next year!

Puppies have 28 teeth and normal adult dogs have 42.

Dogs curl up in a ball when they sleep due to an age-old instinct to keep themselves warm and protect their abdomen and vital organs from predators.

Unlike humans who sweat everywhere, dogs only sweat through the pads of their feet.